Warning: "continue" targeting switch is equivalent to "break". Did you mean to use "continue 2"? in /nfs/c04/h01/mnt/60746/domains/regineforguam.com/html/wp-content/themes/parallelus-frontrunner/extensions/theme-utilities/class-minify-js.php on line 227
 About Régine Biscoe Lee - Regine Biscoe Lee For Guam 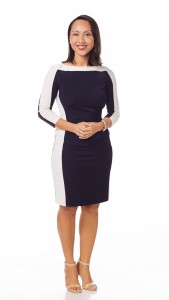 Born and raised on Guam, Régine Biscoe Lee is a Strategic Communications/Marketing professional and community advocate and has served in both the public and private sector. In 2009, Régine was named one of the “100 Most Influential Women in the U.S.” by the Filipina Women’s Network for her work on behalf of the rights of WWII Filipino Veterans. In 2011, she received a FLAG (Filipino Ladies Association of Guam) Sampaguita Award and was elected delegate for Guam to the 2012 Democratic National Convention. In January 2015, Régine was named the Guam Chamber of Commerce’s 2014 Reina A. Leddy Young Professional of the Year. In May 2016, she was again elected delegate for Guam to the 2016 Democratic National Convention.

Chairwoman of the Board of Sanctuary, Incorporated of Guam

Board Secretary, Breaking the Cycle – Guam

Academy of Our Lady of Guam